Genesis Cloud has already accelerated many businesses to success by fulfilling their infrastructure needs.

So we created a new series in our blog to inspire you to be the next one. 🤩

Acceleration Stories 🚀 tell the experiences from small to large companies that utilized our cloud to take their businesses to the next level by making use of features such as API, ML images, Volumes, and GPU instances.

Each one of them illustrates how our facilities are suitable for specific applications, from basic to complex ones.

Below, you can find out how our GPUs enable a new perspective on photo editing with AI.

Enhance it, a complete toolbox for high-quality photographs

“What is more universal and frequent than taking a photo and having it go wrong?” That’s what José, the creator of Enhance it, asked himself when he decided to use artificial intelligence (AI) to develop an app that would be useful for almost everyone and wouldn’t fall into disuse in the long run.

He seems to have hit the nail on the head: the app has been downloaded more than 1.4M times since July 2020 and more than 11 million pictures were enhanced — with 835k in November 2021 alone.

Enhance it was launched with two tools, as the initial idea was to solve some of the most common problems with photographs — blur, pixelation or noise due to bad conditions or low-resolution cameras. It didn’t take long for José to realize that he could offer a complete toolbox of solutions to improve any photographic issue.

We talked with Enhance it’s creator to get to know more about the development of the app.

On a mission to make cutting-edge accessible

José studied Computer Engineering and is a specialist in Artificial Intelligence and Machine Learning. He has worked with automatic emotion recognition, image detection, text transcription and other highly qualified machine learning-related projects. 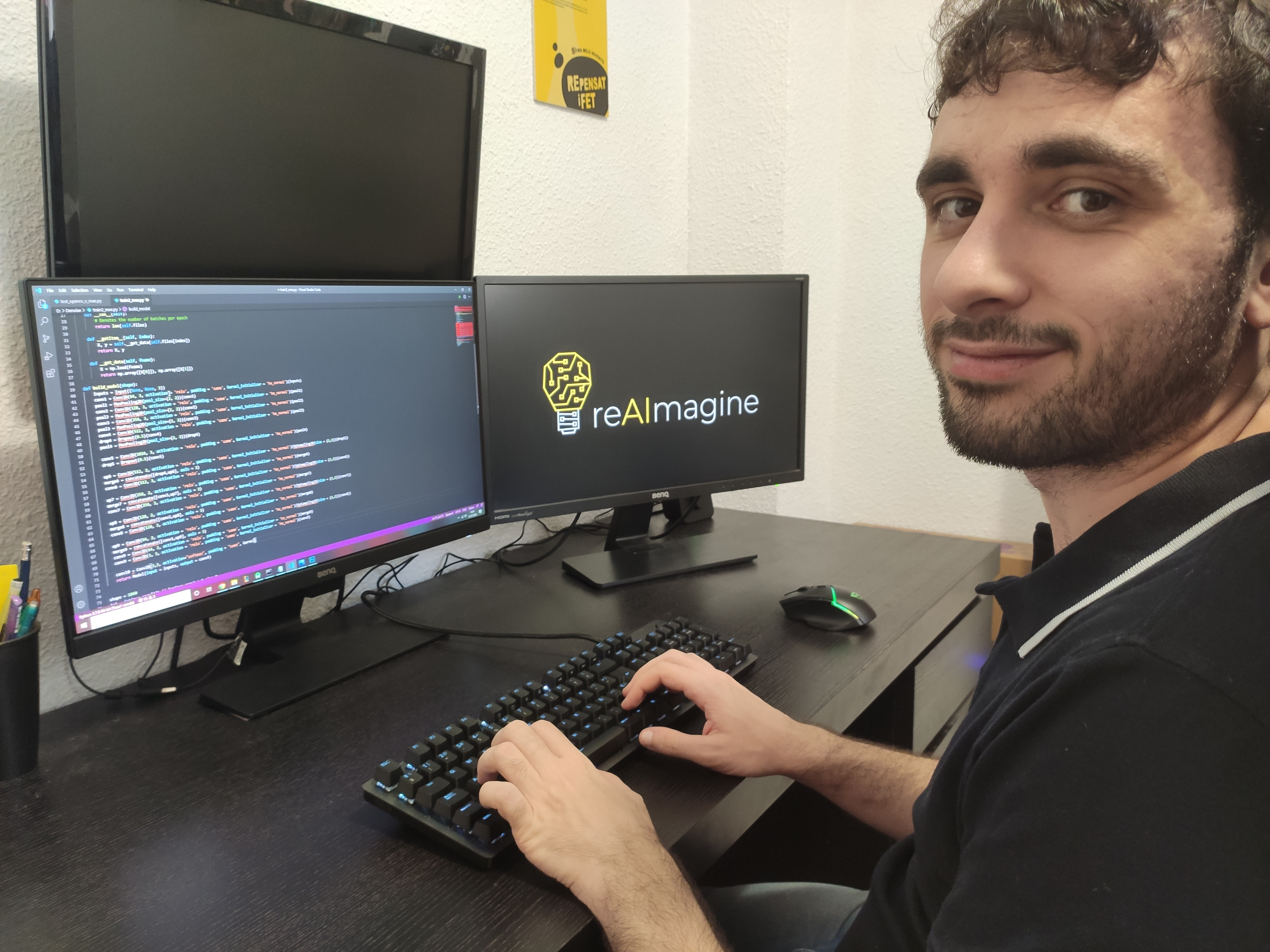 This background led him to create reAImagine, a lab that develops mobile apps based on AI and machine learning — such as Colorize It, also hosted in our cloud facilities. Its founder has a big vision: “As I was learning about this cutting-edge field, I realized that there already were some works that could be really useful for people but were inaccessible or unknown for them. That’s when I decided that I could fill that gap by developing smartphone apps that made these kinds of advanced tools publicly and freely available to everyone.”

With Colorize it, José brought black and white photos to life using the latest models in AI to color them. Gathering experience with machine learning’s capacities, Enhance it was the next step.

Besides keeping up with the fast-paced evolution of these advanced technologies, the most difficult thing about developing Enhance it is defining the right machines to run the set of tools. According to José, “all of them can’t fit in just one machine or you would need a really powerful one. So it was a process to determine how many servers I would need for it and which tools would be in which server so the load is balanced and none of the servers are overloaded. (…) You [also] have to choose a model that is as good as possible, but not too massive to fit in my machines.”

Enhance it’s toolbox is based on convolutional neural networks — a special type of machine learning structure for images — which learn huge amounts of examples to solve complex problems, such as deblurring the pictures. Running both operations in a reasonable time demands powerful machines, making high-performing GPUs fundamental for the app to succeed.

José told us that “Genesis Cloud was a key part of the process [to develop the app], as you were able to provide the machines with the appropriate specifications in a comfortable infrastructure and with affordable prices, which was especially critical because I didn’t have an initial investment that would allow me to support high initial expenses.” Our affordable Nvidia GTX 1080Ti GPUs with 11GB RAM, for example, enable Enhance it to quickly perform memory-demanding tasks such as loading HD or Full HD images.

Another reason why José decided to continue working with us is our easy-to-use interface and the possibility to create new instances copying the ones already in use, which allows him to quickly scale his operation: “As your business grows, you have more users or you add new tools, you will probably need more machines that share the same base server software. So in this sense, Genesis Cloud instances and especially their snapshot system was a technology that definitely made and still makes my life easier every time I publish a new project or expand one of the already existing ones.”

As we support Enhance it’s fast growth, its next step is releasing a version for iOS. José also shared that “we will also probably keep adding more tools and not only ‘fixing’ tools, but also more ludic “editing” tools.” Side projects are also coming as OpenAI recently released GPT-3: for the reAImagine founder, “GPT-3 is nowadays the most advanced language model in the world, which means that it is able to generate many different kinds of texts in a human way. It caught my attention from the very beginning and I would definitely love to be able to use it for something new and original that would be useful for people.”

Enhance it is one of many Genesis Cloudʼs Acceleration Stories. So can your solution be — just give us a shout. 📧

Get in touch with reAImagine.

Written on February 17th, 2022 by Julia Bauer and Paulo Fiorio